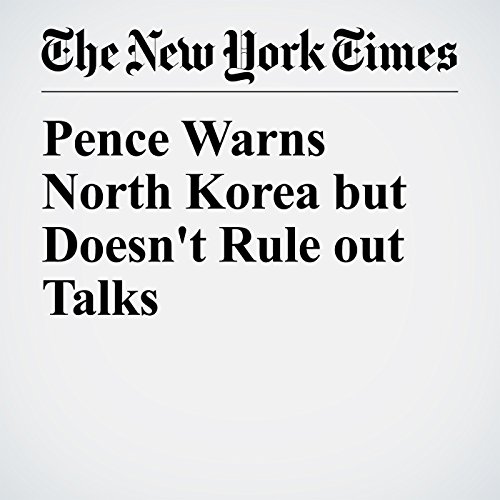 Vice President Mike Pence warned North Korea on Monday not to test U.S. resolve, but he also raised the possibility that the Trump administration could pursue talks.

"Pence Warns North Korea but Doesn't Rule out Talks" is from the April 17, 2017 World section of The New York Times. It was written by Jane Perlez and narrated by Kristi Burns.