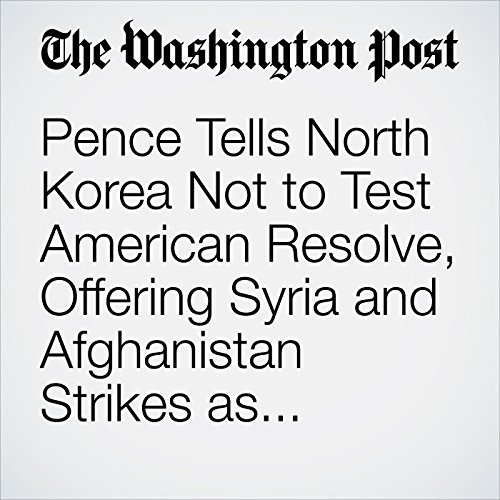 Vice President Pence warned North Korea on Monday not to test U.S. military might by pursuing its nuclear weapons program, citing recent strikes in Syria and Afghanistan as proof of American “strength and resolve.”

"Pence Tells North Korea Not to Test American Resolve, Offering Syria and Afghanistan Strikes as Examples" is from the April 17, 2017 World section of The Washington Post. It was written by Anna Fifield and narrated by Sam Scholl.