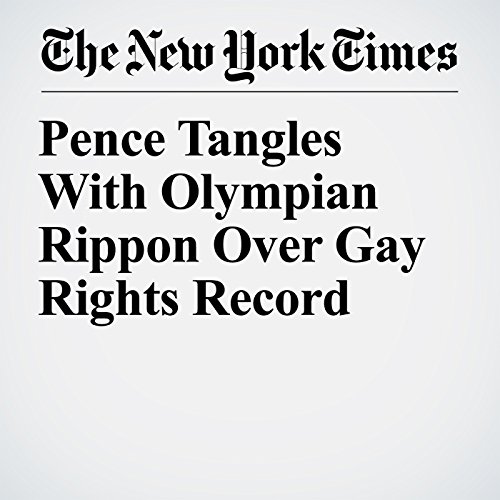 The 2018 Winter Olympics officially opened Friday but the first bit of drama has already boiled over: a three-way dispute between Adam Rippon, the first openly gay American man to qualify to compete in the Winter Games; Mike Pence, the conservative vice president and longtime opponent of gay rights; and the newspaper USA Today.

"Pence Tangles With Olympian Rippon Over Gay Rights Record" is from the February 09, 2018 Sports section of The New York Times. It was written by Liam Stack and narrated by Barbara Benjamin-Creel.