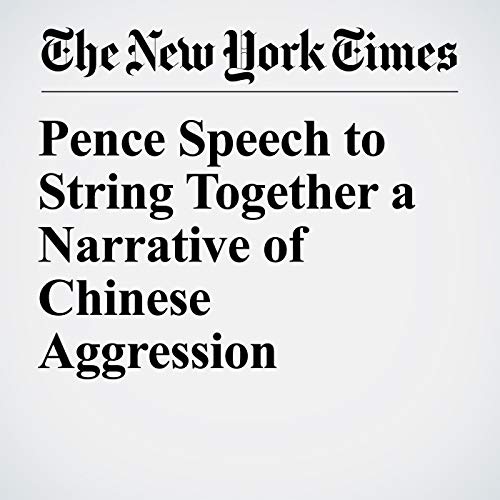 Vice President Mike Pence will signal a far tougher American line on China on Thursday, delivering a speech in which he is expected to accuse the Chinese of aggressive moves against U.S. warships, of predatory behavior against their neighbors, and of a sophisticated influence campaign to tilt the midterms and 2020 elections against President Donald Trump.

"Pence Speech to String Together a Narrative of Chinese Aggression" is from the October 03, 2018 World section of The New York Times. It was written by Mark Landler and narrated by Keith Sellon-Wright.