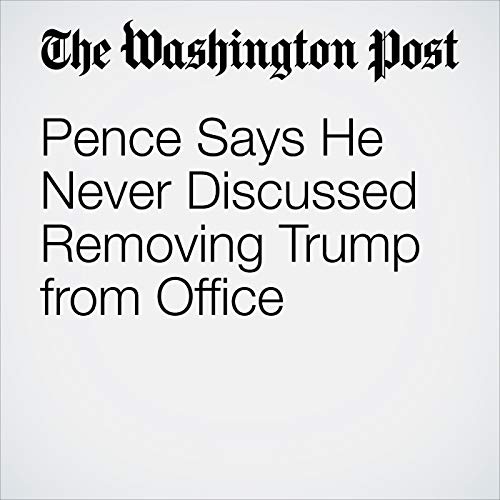 Vice President Pence said he was never part of discussions to remove President Trump from office and would take a lie-detector test “in a heartbeat” to prove that he was not the author of last week’s anonymous New York Times op-ed, who claimed to be part of a resistance movement within the Trump administration.

"Pence Says He Never Discussed Removing Trump from Office" is from the September 09, 2018 Politics section of The Washington Post. It was written by Felicia Sonmez and narrated by Sam Scholl.