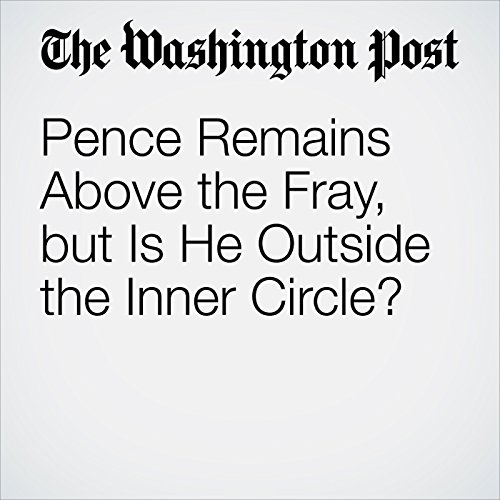 Throughout the campaign and now in office, Pence has largely managed to avoid the infighting and warring factions of the young White House by keeping his head down and soldiering loyally forward. But the incident with Flynn reveals both the benefits and risks of his approach — he has emerged largely unharmed by the scandal that led to Flynn’s resignation, but his influence within the West Wing has come increasingly into question given how little he knew about his own situation.

"Pence Remains Above the Fray, but Is He Outside the Inner Circle?" is from the February 14, 2017 Politics section of The Washington Post. It was written by Robert Costa and Ashley Parker and narrated by Jenny Hoops.

Cosa pensano gli ascoltatori di Pence Remains Above the Fray, but Is He Outside the Inner Circle?