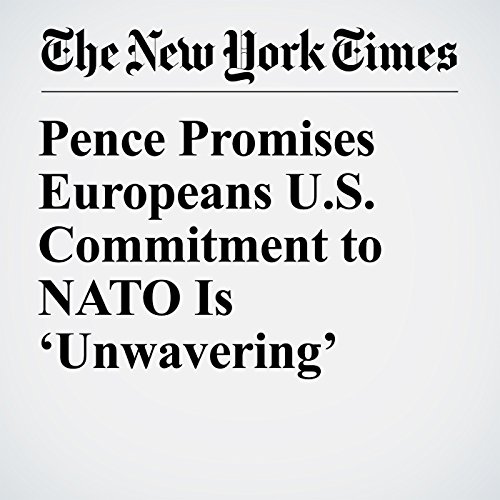 Bearing what he said was a message from President Donald Trump, Vice President Mike Pence told anxious European political and security leaders Saturday that “the United States of America strongly supports NATO and will be unwavering in our commitment to this trans-Atlantic alliance.”

"Pence Promises Europeans U.S. Commitment to NATO Is ‘Unwavering’" is from the February 19, 2017 World section of The New York Times. It was written by Steven Erlanger and Alison Smale and narrated by Fleet Cooper.