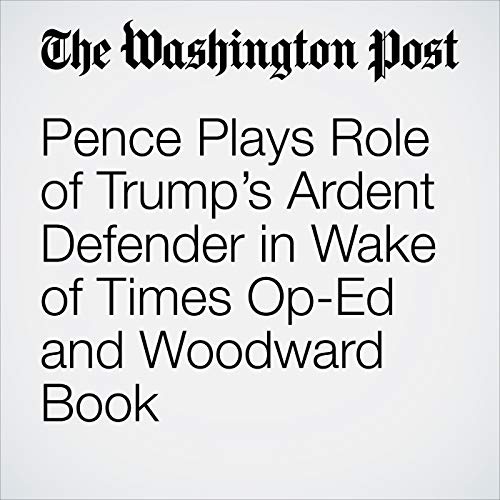 Vice President Pence took center stage on Sunday morning’s news shows, embracing his role as President Trump’s most ardent and unflinching supporter amid mounting outrage from Democrats over Trump’s call for the Justice Department to investigate an op-ed describing a “resistance” movement within his administration.

"Pence Plays Role of Trump’s Ardent Defender in Wake of Times Op-Ed and Woodward Book" is from the September 10, 2018 Politics section of The Washington Post. It was written by Felicia Sonmez and narrated by Sam Scholl.