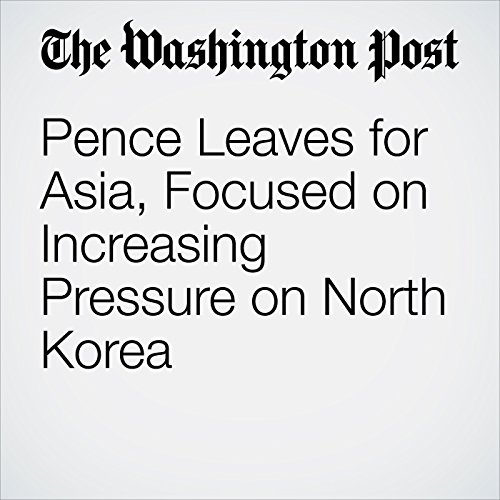 Vice President Pence departs Monday for a five-day trip to Japan and South Korea, a visit to Asia intended to focus almost entirely on rallying allies to ratchet up their pressure on Kim Jong Un’s repressive regime, as well as directly pressing North Korea to stop its nuclear ambitions.

"Pence Leaves for Asia, Focused on Increasing Pressure on North Korea" is from the February 05, 2018 Politics section of The Washington Post. It was written by Ashley Parker and narrated by Sam Scholl.