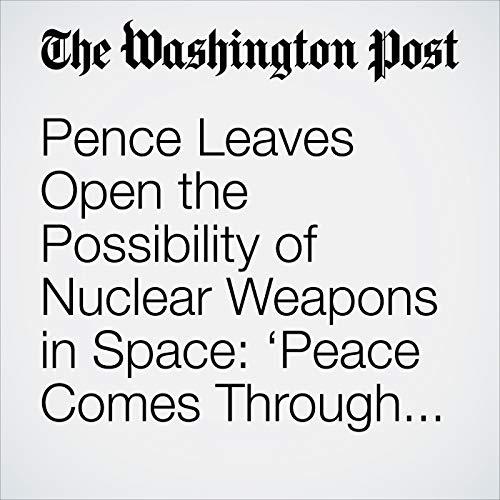 Vice President Pence on Tuesday declined to rule out the idea of deploying nuclear weapons in space, saying the current ban on their use is “in the interest of every nation” but the issue should be decided on “the principle that peace comes through strength.”

"Pence Leaves Open the Possibility of Nuclear Weapons in Space: ‘Peace Comes Through Strength’" is from the October 23, 2018 Politics section of The Washington Post. It was written by Robert Costa and narrated by Sam Scholl.