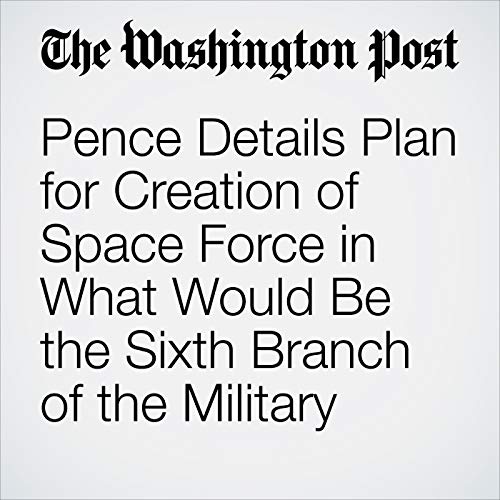 Vice President Pence laid out an ambitious plan Thursday that would create a military command dedicated to space this year and eventually establish a “Space Force” as the sixth branch of the U.S. military.

"Pence Details Plan for Creation of Space Force in What Would Be the Sixth Branch of the Military" is from the August 09, 2018 Business section of The Washington Post. It was written by Christian Davenport and Dan Lamothe and narrated by Sam Scholl.