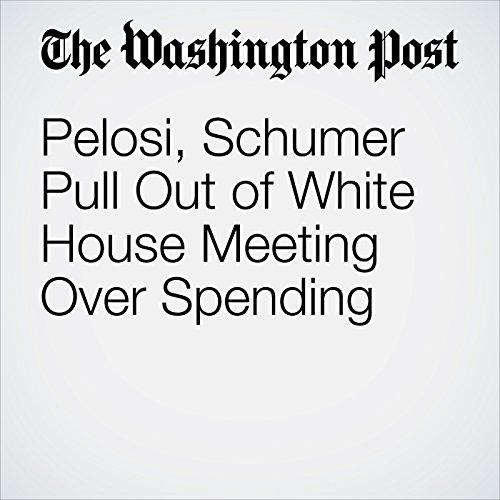 Congressional Democrats backed out of a scheduled meeting with President Trump and top congressional Republicans on Tuesday, saying they would rather negotiate without the White House to avoid a federal shutdown.

"Pelosi, Schumer Pull Out of White House Meeting Over Spending" is from the November 28, 2017 Politics section of The Washington Post. It was written by Ed O'Keefe and Sean Sullivan and narrated by Sam Scholl.