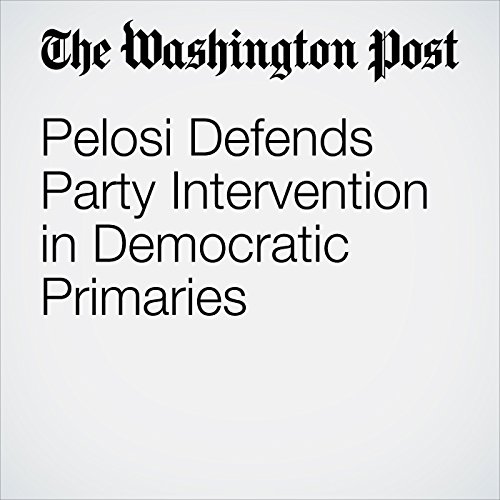 "Pelosi Defends Party Intervention in Democratic Primaries" is from the April 26, 2018 Politics section of The Washington Post. It was written by David Weigel and Erica Werner and narrated by Sam Scholl.