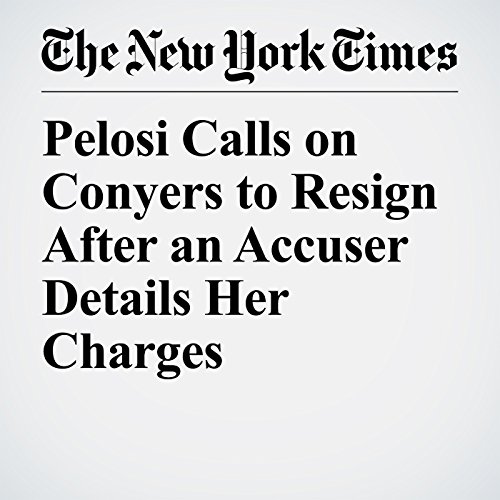 Rep. Nancy Pelosi, the Democratic leader, said Thursday that Rep. John Conyers Jr. should resign, after a woman who settled a sexual harassment claim against him took to television to say the longest-serving member of Congress had “violated” her body, repeatedly propositioned her for sex and asked her to touch his genitals.

"Pelosi Calls on Conyers to Resign After an Accuser Details Her Charges" is from the November 30, 2017 U.S. section of The New York Times. It was written by Yamiche Alcindor and narrated by Kristi Burns.