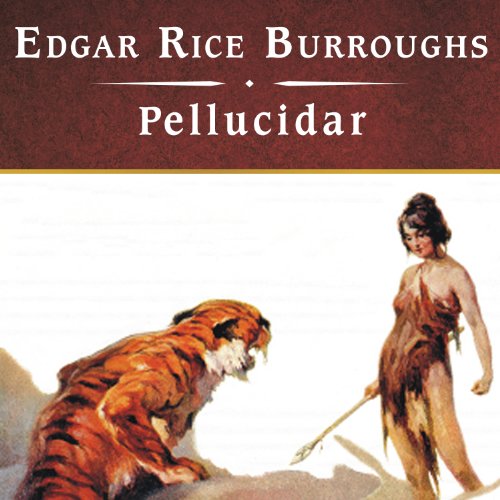 In this sequel to At the Earth's Core, David Innes vows revenge and returns to the Inner World of Pellucidar to rescue the beautiful Dian, who had been torn from his arms by trickery. However, his return trip places him far from the land of his beloved and he is forced to undertake a desperate journey thousands of miles across the fierce inner earth to reach her.

David's epic voyage takes him through the many strange lands of Pellucidar, including the pendant moon and Land of Awful Shadow. His heart pounding encounters with primeval beasts and extraordinary peoples makes Pellucidar one of the best adventure stories ever penned by Edgar Rice Burroughs.

A story for all ages.

James Slattery, who read At the Earth?s Core, the first book in this series, was perfect. Patrick Lawlor does a good job, except for an occasional character?s voice. This book is more similar to a Jules Verne fantasy than modern science fiction. The book was written in 1915. The story line contains too many remarkable coincidences, but the story is easy to follow and I did enjoy the book. The book is PG but it would receive an R rating today because of violence. These are the stories I wish I?d read as a child but they are stories for all ages.

i first read this book when I was 11 or 12 years old. it's epic adventure set in a Stone Age world of cavemen, dinosaurs and prehistoric beasts and even a hostile race of intelligent pterodactyls captured my imagination, and has refused to let me go ever since. This is one of author Edgar Rice Burroughs's best stories, and the narrator does an excellent job capturing the voices of the characters and indeed the world of Pellucidar.

As a sequel this is still a good book, story is detailed and entertaining but just felt rushed. Gaps that made me wonder and turns that did not make sense. Still was a good story. It's an old story and a good conclusion. So enjoyed but left me a little wanting.