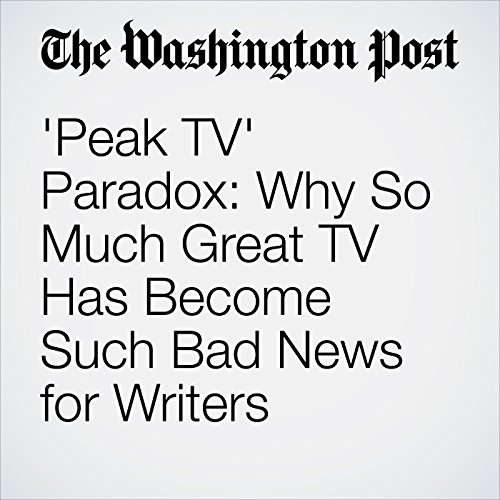 Stuart Zicherman knows he has an enviable job as a Hollywood television writer. Right now, he’s working on plot twists for the acclaimed HBO series “Divorce,” starring Sarah Jessica Parker. Last year, he worked on Showtime’s “The Affair.” Before that, he wrote for “The Americans” on cable’s FX.

"'Peak TV' Paradox: Why So Much Great TV Has Become Such Bad News for Writers" is from The Washington Post, published on April 28, 2017.