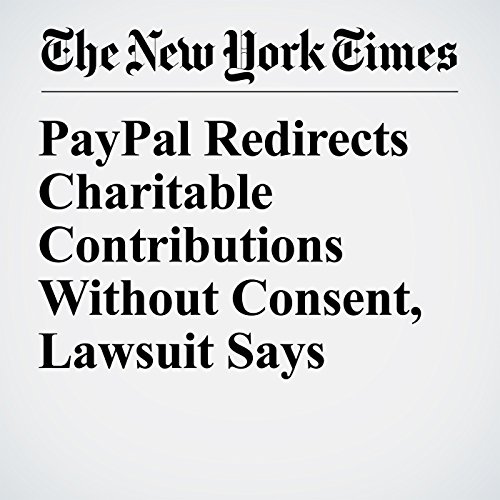 When Terry Kass received an email from PayPal in late December encouraging her to donate to charities through its Giving Fund platform, she searched its website for ones she could help. She settled on 13 groups — most in her Chicago suburb — and gave a total of $3,700 to them.

"PayPal Redirects Charitable Contributions Without Consent, Lawsuit Says" is from the March 01, 2017 Business section of The New York Times. It was written by Matthew Haag and narrated by Kristi Burns.