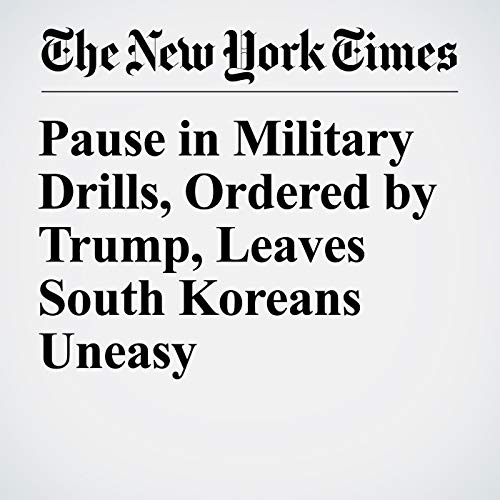 SEOUL, South Korea — For six decades, joint exercises held by the militaries of South Korea and the United States have been the most visible and celebrated display of the alliance. Each year, their Marines storm South Korean beaches together, their tanks spew orange-red flames and their warplanes run mock bombing raids on imaginary North Korean nuclear targets.

"Pause in Military Drills, Ordered by Trump, Leaves South Koreans Uneasy" is from the August 30, 2018 World section of The New York Times. It was written by Choe Sang Hun and narrated by Kristi Burns.