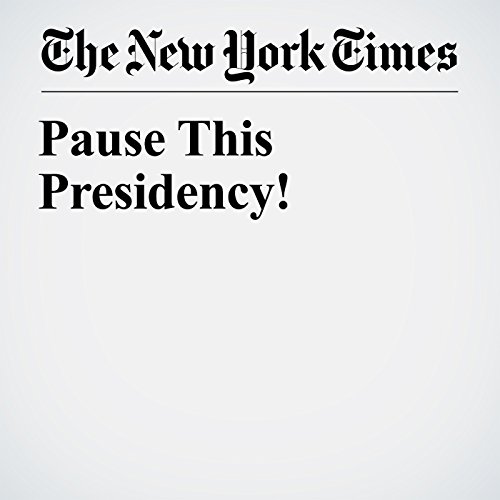 The American people must immediately demand a cessation of all consequential actions by this “president” until we can be assured that Russian efforts to hack our election, in a way that was clearly meant to help him and damage his opponent, did not also include collusion with or cover-up by anyone involved in the Trump campaign and now administration.

"Pause This Presidency!" is from the March 05, 2017 Opinion section of The New York Times. It was written by Charles M. Blow and narrated by Caroline Miller.