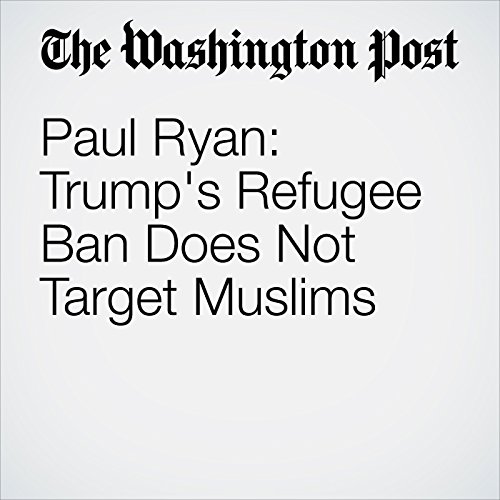 President Trump’s order to temporarily halt admission to the U.S. from seven Muslimmajoritycountries is not a Muslim ban,Republicans in Congress, including aides to House Speaker Paul D. Ryan (RWis.),declared Saturday.

"Paul Ryan: Trump's Refugee Ban Does Not Target Muslims" is from the January 28, 2017 Politics section of The Washington Post. It was written by Kelsey Snell and narrated by Jill Melancon.