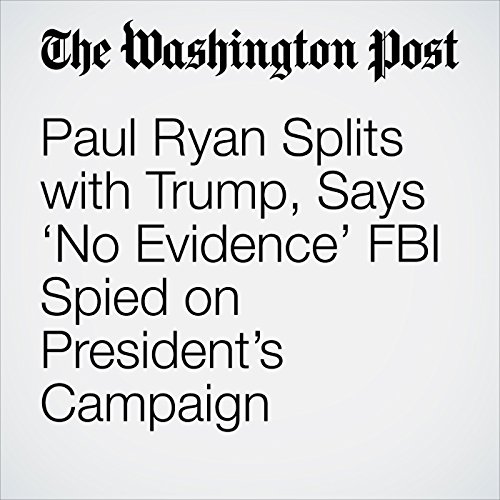 House Speaker Paul D. Ryan has joined those disputing President Trump’s assertion that federal law enforcement planted a spy inside his campaign, telling reporters Wednesday that he has seen “no evidence” to support such claims.

"Paul Ryan Splits with Trump, Says ‘No Evidence’ FBI Spied on President’s Campaign" is from the June 06, 2018 Politics section of The Washington Post. It was written by Karoun Demirjian and Mike DeBonis and narrated by Sam Scholl.