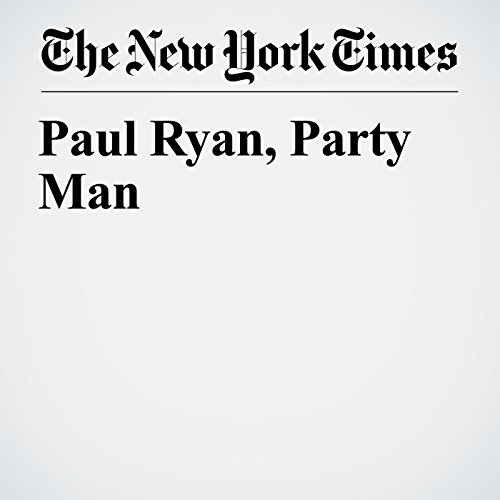 The mistake about Paul Ryan, the one that both friends and foes made over the years between his Obama-era ascent and his just-announced departure from the House speakership, was to imagine him as a potential protagonist for our politics, a lead actor in the drama of conservatism, a visionary or a villain poised to put his stamp upon the era.

"Paul Ryan, Party Man" is from the April 14, 2018 Opinion section of The New York Times. It was written by Ross Douthat and narrated by Kristi Burns.