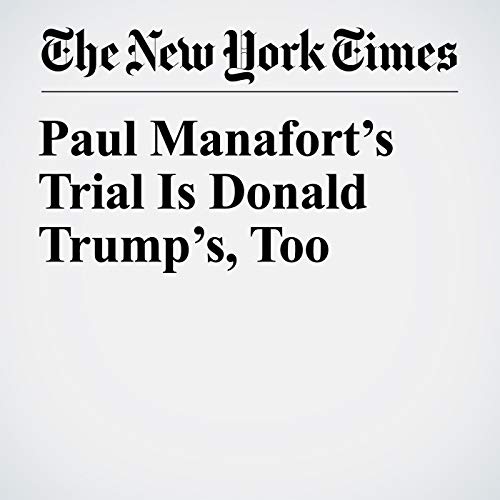 The word collusion probably won’t come up in the Alexandria, Virginia, courtroom where Paul Manafort sweats out much of this and the next few weeks. It’s possible, too, that Donald Trump won’t be mentioned, at least not often.

"Paul Manafort’s Trial Is Donald Trump’s, Too " is from the July 31, 2018 Opinion section of The New York Times. It was written by Frank Bruni and narrated by Kristi Burns.