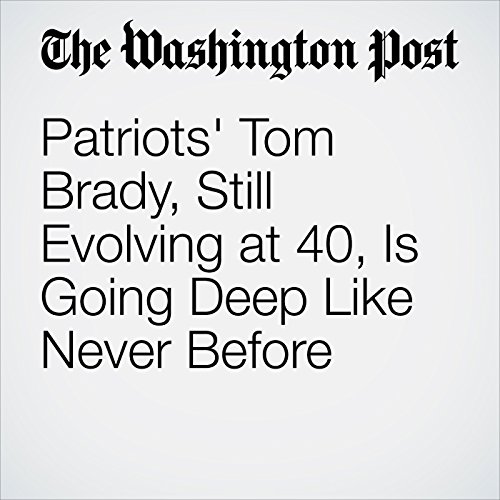 As a 40-year-old considered the greatest ever at his craft, the possessor of the latest Super Bowl MVP award and five Lombardi Trophies, Tom Brady entered this year with little reason to modify his performance. In a ranking of humans with the least incentive to change, in fact, Gisele’s husband would rank somewhere near the top.

"Patriots' Tom Brady, Still Evolving at 40, Is Going Deep Like Never Before" is from the October 25, 2017 Sports section of The Washington Post. It was written by Adam Kilgore and narrated by Sam Scholl.