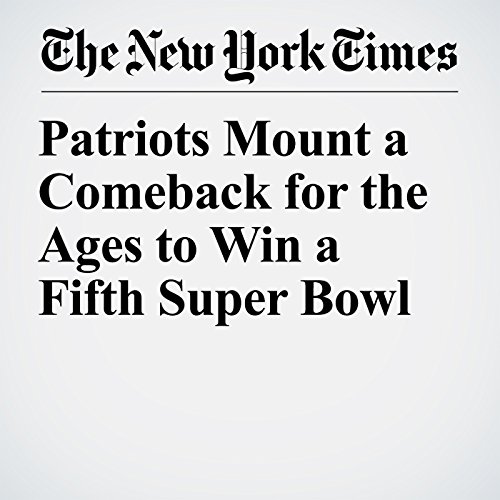 In each of his previous four Super Bowl victories, Brady guided the Patriots to fourth-quarter comebacks. However sublime, those efforts against the Rams, the Panthers, the Eagles and the Seahawks all seemed quaint before Sunday night.

"Patriots Mount a Comeback for the Ages to Win a Fifth Super Bowl" is from the February 06, 2017 Sports section of The New York Times. It was written by Ben Shpigel and narrated by Keith Sellon-Wright.