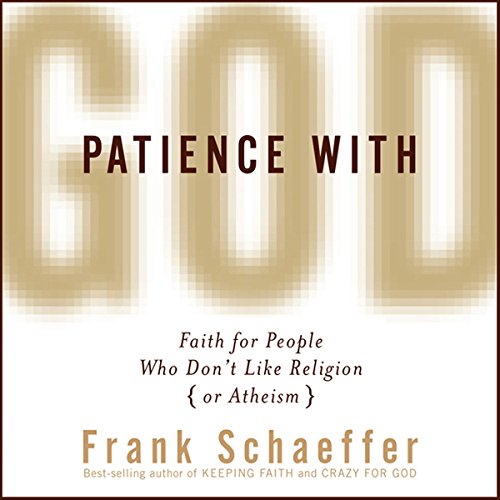 Frank Schaeffer has a problem with Dawkins, Hitchens, Harris, Dennett, and the rest of the New Atheists—the self-anointed “Brights”. He also has a problem with the Rick Warrens and Tim LaHayes of the world—the religious fundamentalists. The problem is that he doesn’t see much of a difference between the two camps. As Schaeffer puts it, they “often share the same fallacy: truth claims that reek of false certainties. I believe that there is an alternative that actually matches the way life is lived rather than how we usually talk about belief.”

Sparing no one and nothing, including himself and his fiery evangelical past, and invoking subtleties too easily ignored by the pontificators, Schaeffer adds much-needed nuance to the existing religious conversation. “I discovered from the emails I’ve been inundated with since my memoir was published that there are more of us perplexed former (or currently) religiously inclined or religiously raised folks on a journey from past certainties to points unknown than I’d been aware of. We want to have faith in God in spite of our bad experiences with religion, oppressive family relationships, and/or doubts and questions. We too worry that we have been hoodwinked by a fairy tale. I hope that this audiobook will provide a meeting place for those of us who count ourselves among the scattered members of what I’ll call the Church of Hopeful Uncertainty."

©2009 FrankSchaeffer (P)2010 Gildan Media Corp
“Frank Schaeffer is a patient writer, but a passionate one too. This beautiful, argumentative, and even funny audiobook is popular theology at its best, an explanation of tradition and its absence from a man who has lived both, a writer who knows better than most that God—whether you do or don’t believe—is always a brilliant story.” (Jeff Sharlet, New York Times best-selling author of The Family)
"Former evangelical Christian political agitator Schaeffer has been born yet again.... Make no mistake, Schaeffer is not proselytizing. He knows, or at least hopes, that with this book he is singing to the choir of millions fed up with or unable to commit to full-blown atheism or stiff-necked religion of any kind. His belief that faith, in God or not, ought to support and enrich one’s life, not run it into the ground, strikes, he hopes, a universally appealing chord." ( Booklist)

Schaeffer writes clearly and passionately. His own history is the true subject of the book. He is thoughtful but also cutting in his critique of the new atheists, but he is completely unsparing in his contempt for "evangelical fundamentalists" who represent the childhood against which he rebelled. His utter lack of empathy toward those who seem to be like his father leads to an unjust portrayal of Rick Warren, for example. He idealizes Marine Corp. boot camp because his son became a Marine and writes beautifully about his love for his granddaughter. He consciously and selectively idealizes the Greek Orthodox tradition, but that is perhaps understandable. This is about him, after all.

Have always enjoyed Frank Schaeffer's previous material. But this is not what you call "a home run". Nonetheless, he did make a few valid points. As an agnostic I find myself fighting the "atheist" label a nebulous task. So many presumptions that I prefer to use the term "non-theistic".(note: Many people just scratch their heads when they hear that term. Works for me as it avoids knee-jerk confrontations). Anyway, for the most part Schaeffer is right to criticize Hitchens and somewhat lesser so Dawkins and Harris. They can get somewhat overly demanding. On the other hand Dennet has a much different demeanor than the others. In Dennet's work," Breaking the Spell", you'll find that he bends over backwards to accommodate a theistic view. He merely thinks there may be ways to measure the religious experience in a more objective manner. Here is where I differ from Schaeffer who appears to use an emotionally simplistic appeal that falls a little short. Regardless of my opinion about this book , I still admire Schaeffer's courage to speak out in the public domain as he has for years.

Written from the heart

Like all of Frank's books, this has a very personable feel to it. You are not presented with another dogmatic statement from one extreme position or another but rather with an honest description of what it's like to live in the tension between those two extremes. While his experience growing up with two missionary parents is probably more intense than others, I think you would be hard pressed to find a person, who was raised in evangelical circles, that didn't experience some of what he did.

Schaeffer delivers an incredibly spiritual message, more than most fundamentalists can comprehend. Highly recommended for those who are on a spiritual path.

This book was more a comparison of what other authors had done rather than what the title described. I didn’t even get to the end.

Essential read on the God versus atheism debate

What did you like most about Patience with God?

Frank Schaeffer exposes the flaws of evangelical Christianity, secular atheism and himself in this no holds barred analysis of all three.

What other book might you compare Patience with God to, and why?

As odd as it may seem to those who know their family history much of what I read reminded me of the work of Frank's father Francis Schaeffer.

Being the author Frank brought a personal quality and intimacy to the reading.

I found the book challenging, revealing and at times humorous.

Whilst not necessarily agreeing with much of the content I thoroughly enjoyed and highly recommend this book.