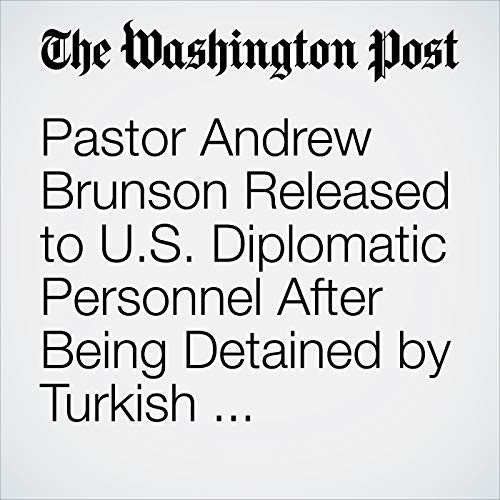 A Turkish court on Friday convicted American pastor Andrew Brunson of aiding terrorism but sentenced him to time served and ordered his immediate release.

"Pastor Andrew Brunson Released to U.S. Diplomatic Personnel After Being Detained by Turkish Authorities for Two Years" is from the October 12, 2018 World section of The Washington Post. It was written by Erin Cunningham and narrated by Jenny Hoops.