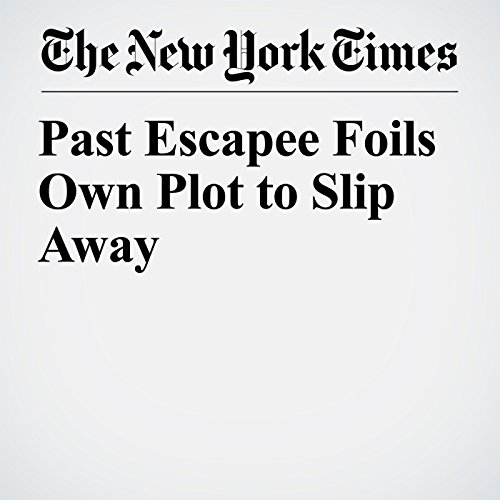 The plan sounds ingenious.Remove two small security screws and combine them to create a tool to remove heavy bolts. Loosen wires to disable an electronic sensor. Fashion water-soaked bedsheets and the bunk-bed ladder into a tourniquet-like device; use it to pull open a hole in a woven steel grate. Train to get guards used to seeing you pace your cell at night wearing a hat, with a towel around your neck; then build a standing dummy facing the toilet so they don’t realize you’re gone until it’s too late.

"Past Escapee Foils Own Plot to Slip Away" is from the December 30, 2017 U.S. section of The New York Times. It was written by William K. Rashbaum and narrated by Kristi Burns.