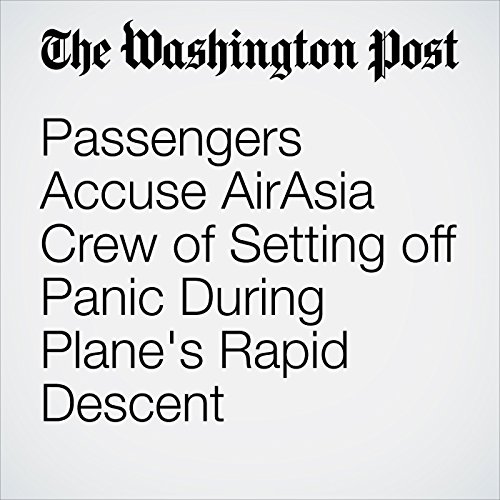 Passengers aboard an Indonesia AirAsia flight to Bali said the actions of the crew sent those on board into a state of panic after the plane experienced a problem midflight.

"Passengers Accuse AirAsia Crew of Setting off Panic During Plane's Rapid Descent" is from the October 16, 2017 Business section of The Washington Post. It was written by Eli Rosenberg and narrated by Sam Scholl.