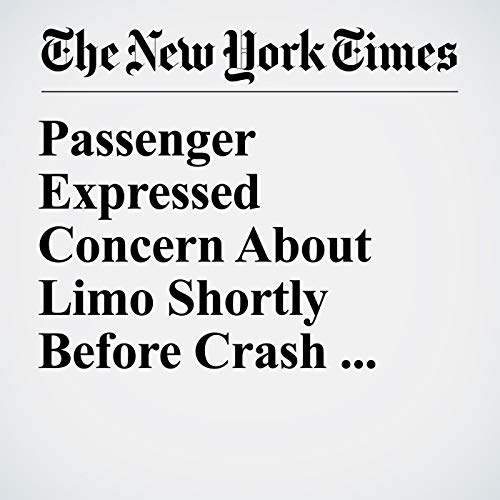 The company that provided the limousine that crashed in upstate New York on Saturday, killing 20 people, had repeatedly failed motor vehicle inspections, according to federal transportation records. And one victim expressed concerns about the limousine’s safety in a text sent shortly before the crash, relatives and friends said.

"Passenger Expressed Concern About Limo Shortly Before Crash Killed 20" is from the October 08, 2018 U.S. section of The New York Times. It was written by Jesse Mckinley, Luis Ferré Sadurní and Patrick Mcgeehan and narrated by Kristi Burns.