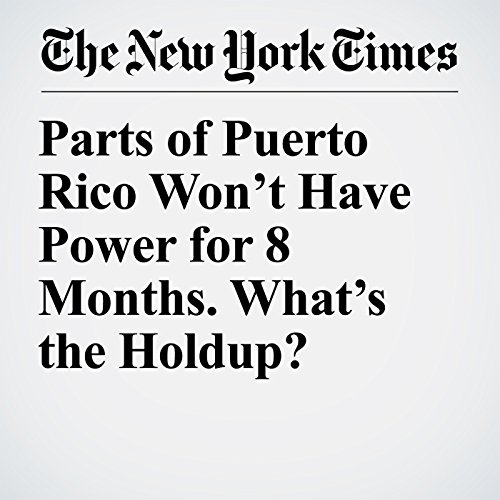 Some mountainous areas of Puerto Rico are going to be without electricity for as long as eight months, the U.S. Army Corps of Engineers said this week. It has been three months since Hurricane Maria swept through the island, knocking down tens of thousands of power poles and turning off virtually everyone’s lights. The amount of power being generated there is about 65 percent of capacity — and it has been stuck around that level since late November.

"Parts of Puerto Rico Won’t Have Power for 8 Months. What’s the Holdup?" is from the December 23, 2017 U.S. section of The New York Times. It was written by Frances Robles and Patricia Mazzei and narrated by Keith Sellon-Wright.