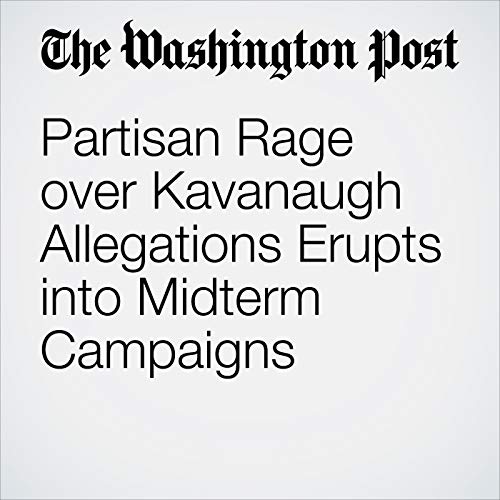 The emotional battle over sexual assault allegations against Supreme Court nominee Brett M. Kavanaugh burst into the midterm elections after a dramatic week of wrenching testimony and raw partisan rage on Capitol Hill, tossing an explosive and sensitive issue into the final weeks of the closely fought campaign for control of Congress.

"Partisan Rage over Kavanaugh Allegations Erupts into Midterm Campaigns" is from the September 30, 2018 Politics section of The Washington Post. It was written by Amy Gardner and Mike DeBonis and narrated by Sam Scholl.