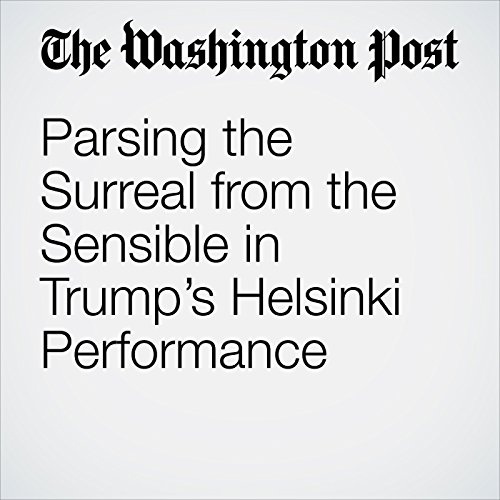 President Trump, the self-described “very stable genius,” delivered an unhinged performance in the news conference with Russian President Vladimir Putin after their Helsinki summit. He used the global stage to savage Democrats and attack his own intelligence officials and the Mueller investigation, while once more boasting about his election victory.

"Parsing the Surreal from the Sensible in Trump’s Helsinki Performance" is from the July 18, 2018 Opinion section of The Washington Post. It was written by Katrina Vanden Heuvel and narrated by Sam Scholl.