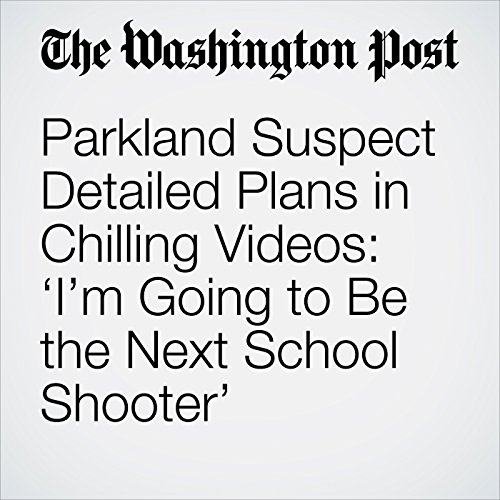 The videos are grim warnings of what was to come. In three recordings released Wednesday, the 19-year-old charged with killing 17 people at a high school in Parkland, Fla., declared with chilling certainty what would happen. He announced plans to become a school shooter, detailed how many people he hoped to murder and gloated about the infamy he would gain from such a massacre.

"Parkland Suspect Detailed Plans in Chilling Videos: ‘I’m Going to Be the Next School Shooter’" is from the May 30, 2018 National section of The Washington Post. It was written by Mark Berman and Marwa Eltagouri and narrated by Sam Scholl.