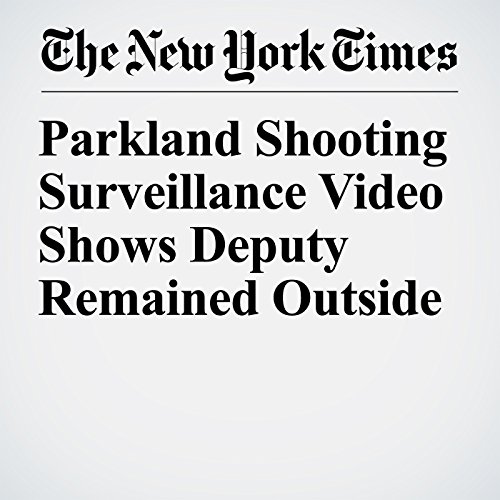 Surveillance video released Thursday showed that the only armed sheriff’s deputy at Marjory Stoneman Douglas High School in Parkland, Florida, remained outside during the Feb. 14 massacre at the school, taking cover behind a wall.

"Parkland Shooting Surveillance Video Shows Deputy Remained Outside" is from the March 15, 2018 U.S. section of The New York Times. It was written by Patricia Mazzei and narrated by Fleet Cooper.