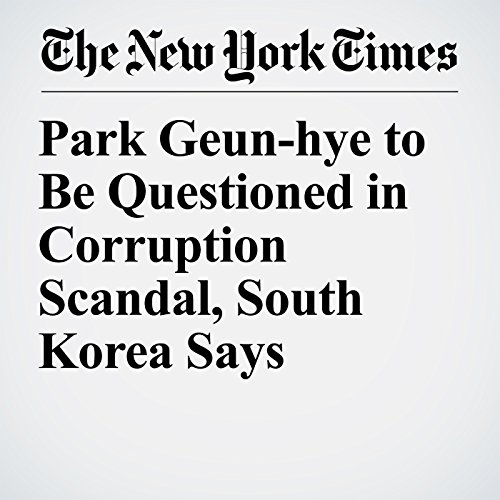 Although prosecutors have identified Park as a criminal suspect accused of bribery, extortion and abuse of power in recent months, they could not indict her or even summon her by force while she was president. But now that she has become an ordinary citizen, prosecutors moved swiftly.

"Park Geun-hye to Be Questioned in Corruption Scandal, South Korea Says" is from the March 14, 2017 World section of The New York Times. It was written by Choe Sang Hun and narrated by Fleet Cooper.