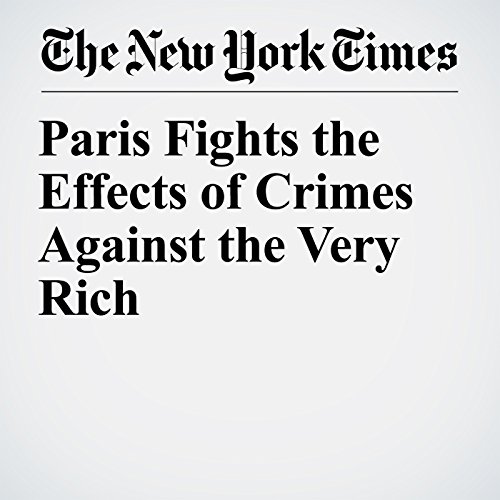 Terrorist attacks and a spate of vicious high-profile robberies have tarnished the French capital’s reputation as a playground for the very rich, and raised concerns that the clients usually wooed during such fashion events may start to avoid them.

"Paris Fights the Effects of Crimes Against the Very Rich" is from the January 22, 2017 Lifestyle section of The New York Times. It was written by Elizabeth Paton and narrated by Fleet Cooper.