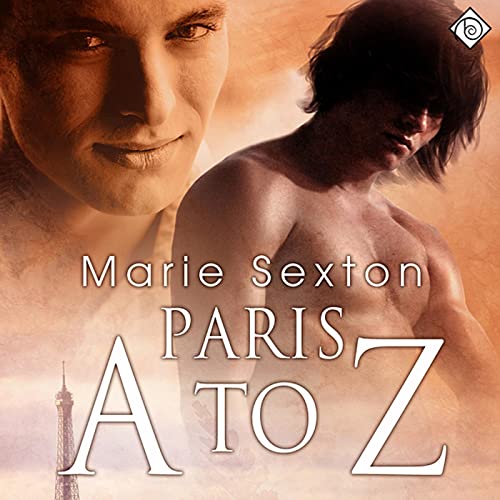 Paris A to Z

A sequel to The Letter Z.

Zach Mitchell and his lover, Angelo Green, are headed to Paris (along with their Coda friends Matt and Jared) to attend Jon and Cole's wedding. Matt will have to face Jared's former lover, and Angelo will have to spend an entire week with Zach's ex-boyfriend. Between Matt's jealousy and Angelo's temper, Zach thinks they'll be lucky to get through the week without one of the grooms being punched. But Zach soon realizes he should worry less about Angelo and more about himself. Facing the bittersweet memories of his past and his own guilt over breaking Jon’s heart is harder than expected, but Zach will have to find a way to leave his past behind if he's to have any hope of the future he wants with Angelo.

Contrived but a fun story

Even though Strawberries for Dessert was a good story, it seemed ridiculous that they would all end up in Paris. But if you just go with the story, the character interactions are solid and real. I think Promises was the best story with Matt & Jared but this story revolves more around Zach, Angelo, Zach's ex and the unresolved issues among them.

Where Do We Stand

We have the chance to get together with everyone in this story but the main focus is really on Zack and Angelo as they continue to develop their relationship with each other. They still have some hurdles to jump and being altogether with group helps move that along.

I like the stories in this series but the narrator did not do it justice. He put a melancholy lilt to it through out the whole series. And he didn't give the characters different voices. But that doesn't reflect on the writer. I did enjoy the story.

Not as impressive as previous Sexton novels

I thoroughly enjoyed the previous books by Marie Sexton but this one just wasn't doing the trick for me. It wasn't "bad" per say. I think that just given how well I enjoyed the previous two novels of this series, perhaps my expectations were set to high. It was good enough but not noteworthy.