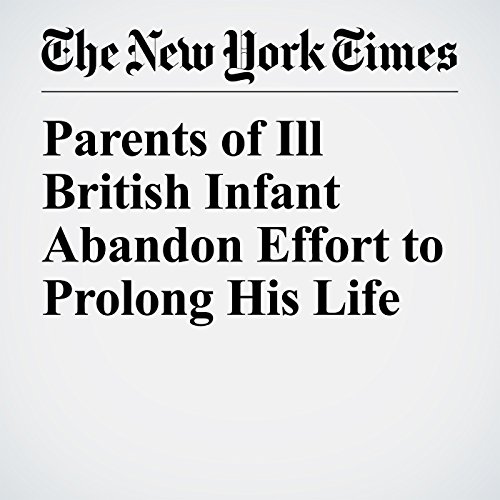 The parents of Charlie Gard, the chronically ill British infant whose plight drew attention from Pope Francis and President Donald Trump, on Monday gave up their wrenching legal effort to artificially prolong his life, bowing to the consensus of medical experts who said there was no realistic chance of saving him.

"Parents of Ill British Infant Abandon Effort to Prolong His Life" is from the July 24, 2017 World section of The New York Times. It was written by Dan Bilefsky and narrated by Keith Sellon-Wright.