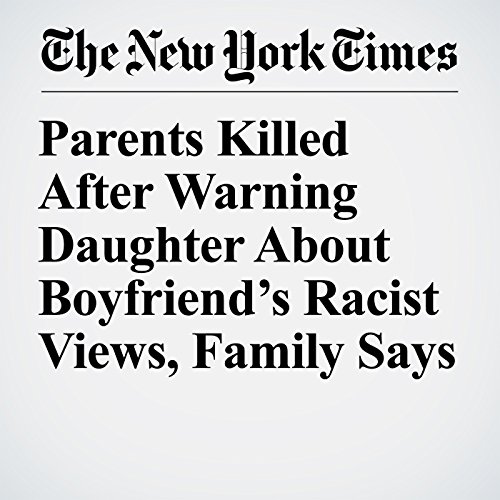 A husband and wife were shot dead in their Virginia home three days before Christmas by a 17-year-old boy they had warned their daughter not to date because of his racist views, according to officials and news accounts.

"Parents Killed After Warning Daughter About Boyfriend’s Racist Views, Family Says" is from the December 24, 2017 U.S. section of The New York Times. It was written by Jacey Fortin and narrated by Keith Sellon-Wright.