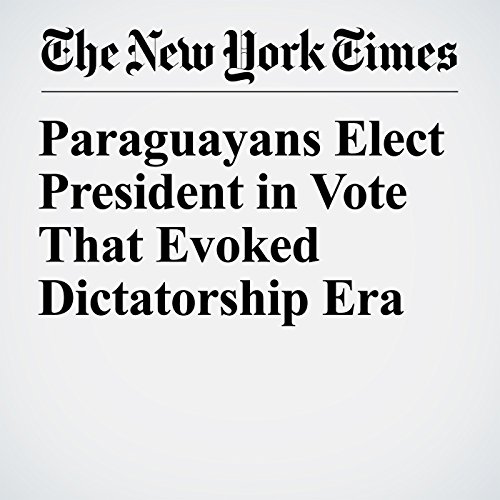 "Paraguayans Elect President in Vote That Evoked Dictatorship Era" is from the April 23, 2018 World section of The New York Times. It was written by Santi Carneri and Ernesto Londoño and narrated by Keith Sellon-Wright.