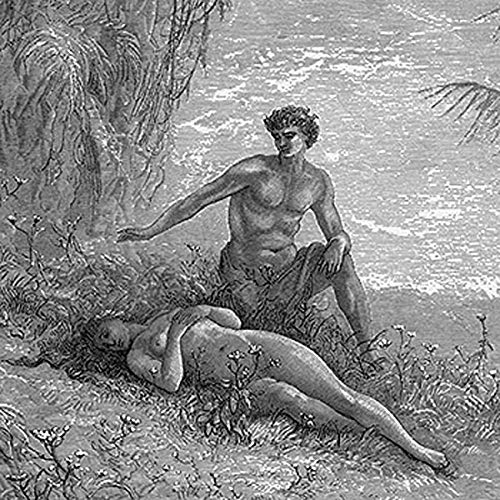 John Milton's Paradise Lost is one of the greatest epic poems in the English language. It tells the story of the Fall of Man, a tale of immense drama and excitement, of rebellion and treachery, of innocence pitted against corruption, in which God and Satan fight a bitter battle for control of mankind's destiny. The struggle rages across three worlds - heaven, hell, and earth - as Satan and his band of rebel angels plot their revenge against God. At the center of the conflict are Adam and Eve, who are motivated by all too human temptations but whose ultimate downfall is unyielding love.

Marked by Milton's characteristic erudition, Paradise Lost is a work epic both in scale and, notoriously, in ambition. For nearly 350 years, it has held generation upon generation of audiences in rapt attention, and its profound influence can be seen in almost every corner of Western culture.

"If you’re in the mood for a heart-pounding morality tale, this is the book for you. This seventeenth-century classic has survived all these years for many reasons, not least of which is that it portrays Satan as a sympathetic hero. Narrator Simon Vance is equipped with a forceful British accent, which he uses to accentuate the text and bring the story to life. He subtly changes his tone and emphasis as the story moves from heaven to hell to earth, and he enables us to appreciate the story’s different personalities without providing character voices. Vance's most effective attribute is his ability to interpret epic poetry by delivering the lines with rhythm and superb pacing. Winner of AudioFile Earphones Award." (AudioFile magazine)

Simon Vance always does a tremendous job. The poem itself can be dull at times, but the last few books of it were intense and vivid. It is a difficult read, but if you're into the subject matter, I would recommend

The most accessible reading of Paradise Lost

Naturally, the book is a classic. However, I never thought listening to Milton would be so rewarding.

Milton's complex lines are read with articulate care, rendering even the most convoluted stanzas clear to the listener and drawing out their unique beauty effortlessly

Never was a fan of the poem before, but between teaching it to outstanding students at my school, and Simon Vance’s superlative performance, I’m a convert. Vance does an extraordinarily deft job of balancing erudition, elegance and poetic instinct; a wonderfully sensitive read by the perfect voice for this work.

Excellent reading of the great poem

With this recording, I've found it better to understand and enjoy Paradise Lost than reading it for myself. To get the full texture, I slowed it down to 0.9 speed in the Audible app.

This reading does justice to Milton's great poem.
I highly recommend it for those interested in Milton or already fans.

a masterpiece of the English language. Milton is the modern Homer and has crafted a poetic epic the scale and import of the Iliad.

If you're interested in Paradise Lost, then you should already know what you're in for. It's not the most riveting story in the world. This performance doesn't do much to help that; the voice is monotone and may put you to sleep. But I found the voice clear and easy to understand (because it emphasizes all the right parts in Milton's convoluted syntax, it's easier to follow than reading in print). And the audiobook was a good recording -- no weird volume changes and a steady pace. Overall I'd say it was a good purchase and I'd buy it again.

I love this book.

Paradise Lost is written in Old English fashion and the only way to enjoy it completely is to listen to it with a narrator that can capture that certain finesse. I would highly recommend it.

on par with Dante

What Dante did for the afterlife, Milton does for the beginning of Life. Read this.

Having been enthralled by the myths of Vikings and of ancient Greece and Rome, I always suspected that Christianity had a bit more to offer than the limp moralising stories I encountered at school and through the Venerable Bede. Not only have I found this in Paradise Lost, which has now taken the place as my favourite piece of mythology, but I would say this is one of the greatest books I have ever read.

Almost everything is perfect. From the start, with Satan crashing headlong into hell, I was gripped. Milton takes what I always considered a bland and tedious subject matter, the fall of man, and turns it into a romping story with cataclysmic battles, horrific monsters and disarmingly human characters. I recognised myself in Adam and Eve, and indeed in Satan, who is portrayed as a complex but understandable evil. The writing is breathtaking and leaves me, an atheist, in the awkward position of finding it perfectly plausible that it was, as Milton claimed, divinely inspired. Every line is a treat. The scenes he spins are as clear and dazzling, or as dark and terrifying as the subject matter. And this is story with a purpose too. Milton tackles some of the deepest questions about what it is to be human with a clear and persuasive logic.

It angers me that a story as deeply affecting as this has to, according to the leaders of many religions, be taken not as allegory but as fact. It is clear that Christianity, or at least Milton’s interpretation of it, has a lot to offer. I found myself struck by the relevance of many of the themes. But do we really have to tie in rules that say we have to believe in holy ghosts and heavenly kingdoms? It seems like such a pointless waste.

Though this is not to say that I was comfortable with everything presented. Foremost, the role of women, weaker and subservient to men. I looked hard for some saving graces in the text, but while Eve has depth, ultimately I found the messages about women uncomfortably antiquated. Secondly, the chastisement of those seeking knowledge. It really does reek of the tools used by rulers to oppress their subjects and stifle curiosity. I take the point that there are limits to what we can and should explore, but without our thirst for knowledge we wouldn’t have made such leaps in medicine, and helped save the lives or alleviate the suffering for so many people. If human life is as precious as Christianity makes out, the angels should be singing Hallelujah at these advances in science, not ticking people off for daring to probe deeper.

I also inevitably got confused at Milton’s dense poetic verse from time to time, but this comes with the terrain and certainly shouldn’t put anybody off. It’s Shakespearean in style, with all the benefits and challenges that brings, but with the summaries, the “arguments”, at the start of each book, I never got bamboozled for too long. I must also confess now that I cheated a little in “reading” the audiobook, but epic verse like this was made to be read aloud, and Simon Vance’s narration is, as ever, flawless.

A staggering achievement in literature and one of the best pieces of writing I’ve ever encountered, even with my reservations about some of the messages embedded in the subject matter, I still consider this one of the greatest and most enjoyable books I have ever read.