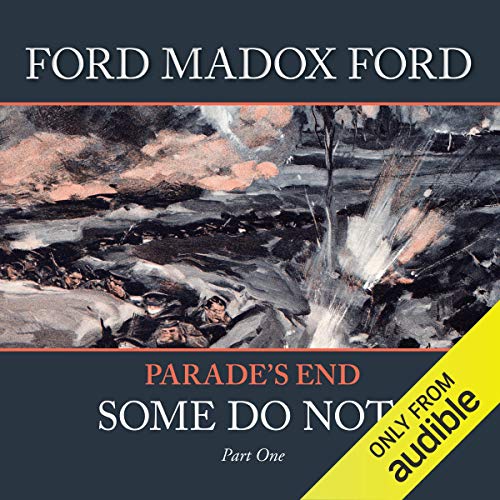 The first volume of Parade's End introduces the central characters: Christopher Tietjens, a brilliant, unconventional mathematician; his dazzling but unfaithful wife Sylvia; and the young Suffragette Valentine Wannop. It starts with the cataclysmic meeting of Tietjens and Valentine: a weekend whose violence prefigures the coming war. It ends in 1917 as the two are on the verge of becoming lovers, before Tietjens prepares to return to the Front and probable death.

Some Do Not ...is an unforgettable exploration of the tensions of a society facing catastrophe, as the energies of sexuality and power erupt in madness and violence.

You will have these voices in your head for the rest of your life. “Good, God!”

Where does Parade's End - Part 1: Some Do Not ... rank among all the audiobooks you’ve listened to so far?

Certainly one of the best 20th century books I have listened to. The characters are so well crafted and the story is woven in a complex shifting of time and context.

What was one of the most memorable moments of Parade's End - Part 1: Some Do Not ...?

There are many memorable moments: the story is told from within a pressure cooker of emotional constraint. The interaction of Mrs Tietjens, her mother and their priest is chilling and crisply honest. The scene where Christopher Tietjens and Valentine Wannup are lost in the fog and the horse is injured by the General's car is an interesting investigation of what makes Tietjens tick.

I look forward to reading the following books in the Parade's End series.