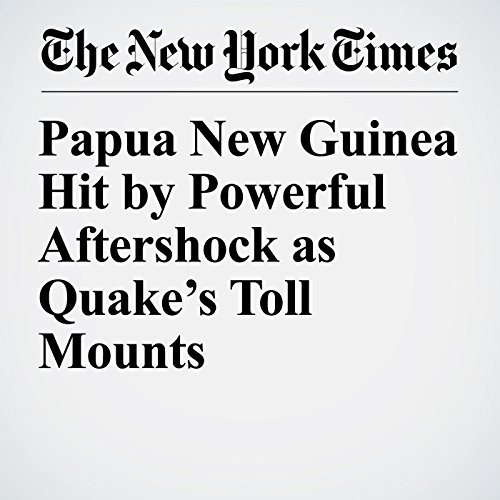 Papua New Guinea, which is still recovering from a deadly earthquake last week, was hit by a powerful aftershock Wednesday that left an estimated 18 people dead or injured, adding to a mounting toll from the quakes, officials said.

"Papua New Guinea Hit by Powerful Aftershock as Quake’s Toll Mounts" is from the March 07, 2018 World section of The New York Times. It was written by Austin Ramzy and narrated by Kristi Burns.