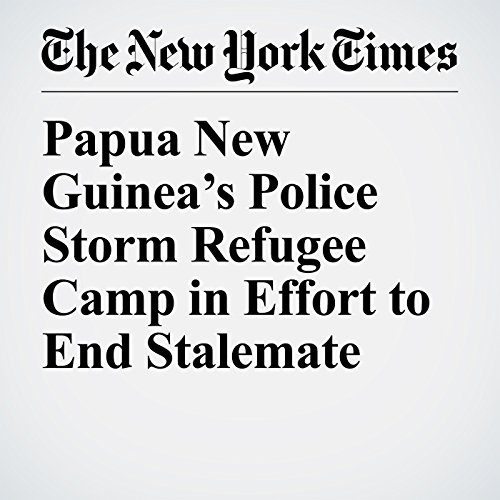 The authorities in Papua New Guinea confronted asylum seekers Thursday inside a controversial detention center on Manus Island, ordering hundreds of detainees to leave and destroying their belongings in an attempt to end a standoff at the camp that has drawn international scrutiny to Australia’s offshore detention policy.

"Papua New Guinea’s Police Storm Refugee Camp in Effort to End Stalemate" is from the November 23, 2017 World section of The New York Times. It was written by Damien Cave and Adam Baidawi and narrated by Keith Sellon-Wright.