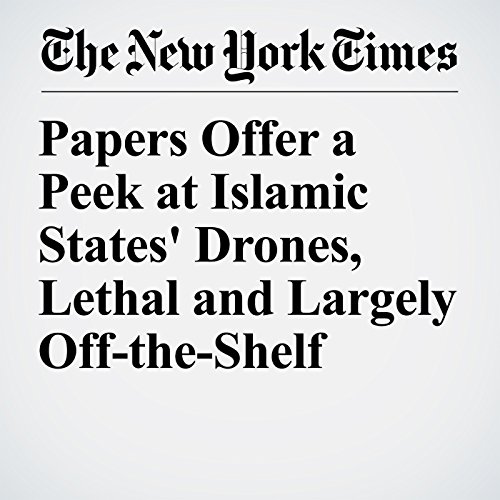 The form, apparently filled out by Islamic State drone operators in Iraq after every mission, was part of a batch of documents discovered in January by a Harvard researcher embedded with Iraqi troops in the battle of Mosul and then turned over to U.S. military analysts for review.

"Papers Offer a Peek at Islamic States' Drones, Lethal and Largely Off-the-Shelf" is from the January 31, 2017 World section of The New York Times. It was written by Eric Schmitt and narrated by Keith Sellon-Wright.