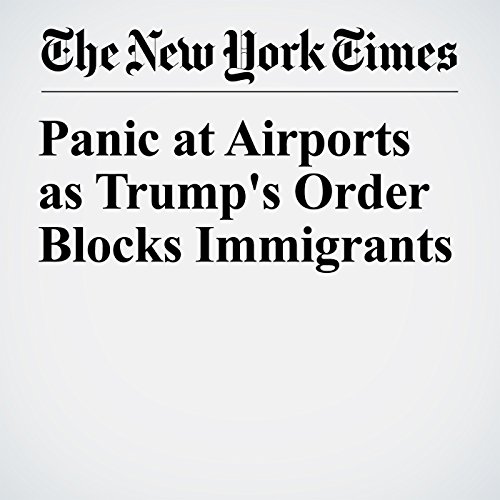 President Donald Trump’s executive order on immigration quickly reverberated through the United States and across the globe Saturday, slamming the border shut for an Iranian scientist headed to a lab in Boston, an Iraqi who had worked as an interpreter for the U.S. Army, and a Syrian refugee family headed to a new life in Ohio, among countless others.

"Panic at Airports as Trump's Order Blocks Immigrants" is from the January 28, 2017 U.S. section of The New York Times. It was written by Michael D. Shear and Nicholas Kulish and narrated by Barbara Benjamin-Creel.