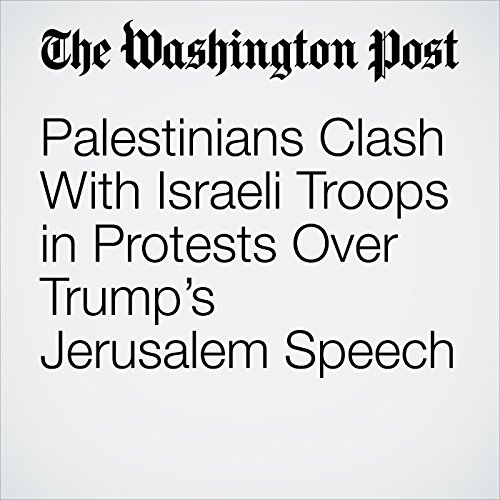 Palestinian protesters battled Israeli soldiers on Thursday in Jerusalem, Ramallah and other places in the West Bank and Gaza Strip, one day after President Trump announced that his administration would recognize Jerusalem as Israel’s capital.

"Palestinians Clash With Israeli Troops in Protests Over Trump’s Jerusalem Speech" is from the December 07, 2017 World section of The Washington Post. It was written by Loveday Morris and Ruth Eglash and narrated by Sam Scholl.