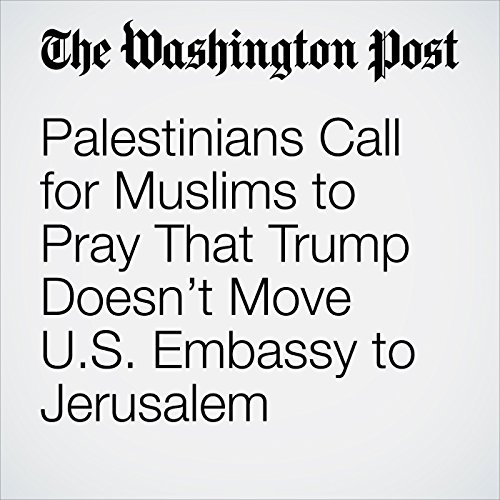 As inauguration day draws near, U.S. allies in the Middle East, alongside Palestinian leaders and American diplomats, are warning President-elect Donald Trump to forget his campaign promise to move the U.S. Embassy in Israel to Jerusalem.

"Palestinians Call for Muslims to Pray That Trump Doesn’t Move U.S. Embassy to Jerusalem" is from the January 11, 2017 World section of The Washington Post. It was written by William Booth and Carol Morello and narrated by Sam Scholl.