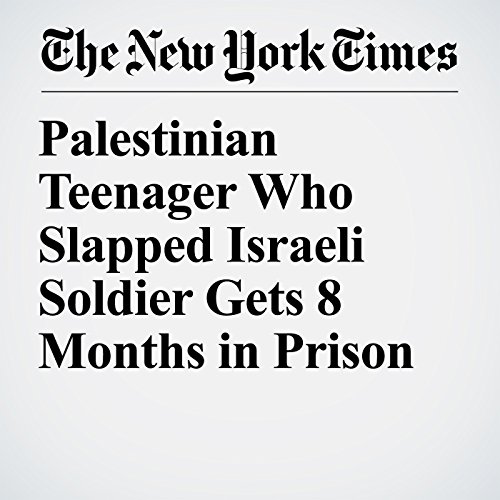 JERUSALEM — Ahed Tamimi, a Palestinian teenager whose angry altercation with an Israeli soldier outside her West Bank home made her a worldwide symbol of resistance but quickly got her jailed without bail, was sentenced in a military court Wednesday to eight months in prison.

"Palestinian Teenager Who Slapped Israeli Soldier Gets 8 Months in Prison" is from the March 21, 2018 World section of The New York Times. It was written by David M. Halbfinger and narrated by Keith Sellon-Wright.